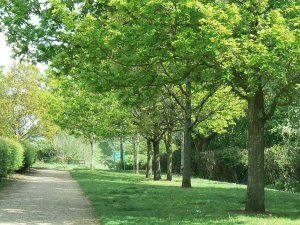 The village of Grange Park was first conceived in the early 1990's, but it wasn't until 1998 that the plans for the earlier development phases of the village were finalised.